Review of the New Canon 1DX

Posted in Techie Stuff
Nerd alert… This post will probably be of no interest at all to most of our customers, but a lot of our website traffic is actually from other photographers. I just reviewed the Canon 1DX on B&H’s website, but the review won’t go online for a few days, I see. So, I thought I’d share it here in case anyone else is looking for a hands-on review of the 1Dx by an actual professional photographer who owns it. (Amazingly, every review on the B&H site so far has been written by people who held one for a few minutes at a show, etc., but no owners.)

My Review for B&H’s Site:

I got on the pre-order list in March, just a few days after they activated pre-orders for the 1Dx, and I received the camera just 4 days ago.

FYI, I’m a full-time pro photographer (full-time for 6 years, part time before that since 1999) and I purchased the 1Dx to replace my 1D3 and original 5D’s. I’ve done two portrait sessions with the new 1Dx now, and have created about 900 exposures with it, including my testing of it. This is my first online camera review, so hopefully it’s helpful to some of you considering this camera.

I previously used my 1D3 for weddings, on-location portraiture and my 5D’s for anything I preferred to have full-frame for, especially real-estate photography. What I like best about this camera, is that it’s full-frame, but still has the speed, performance and battery life of the previous 1D bodies. The 1Ds bodies were just too slow for my style of quick shooting, especially photographing kids and weddings in RAW.

This camera is so quick, with three processors (two for image rendering, one dedicated for focusing), that the image is being displayed on the beautiful 3.2″ LCD before you can even look down at it. Very, very fast.

I’ve read through the manual, and tried every setting on the camera, as I like to do whenever I get a new tech gadget.

High ISO is comparable to the D4 after testing alongside my friend’s D4 extensively last evening. Haven’t compared it to the new 5D3, but I suspect those reviews are being done by others as I type.

One fantastic new feature is the automatic switching of focus points when changing the camera’s orientation from landscape to portrait. It’s a setting that’s not turned on by default, but it’s a huge time-saver to have the camera remember the focus point last used when in either orientation. LOVE IT! (BTW, the Nikon D4 has this feature as well, so it’s not exclusive.)

Two things I’m not crazy about…

The focus point is not well-lit when focusing in darker environments. I’ve seen others complaining about this as well, and I suspect it will be fixed via a firmware update. It’s pretty bad, actually. Very hard to tell where the focus point is set.

And the shutter-release button doesn’t feel the same as the 1D Mark III. With the older 1D, I could practically just think about it and it would release the shutter, but this new one seems to require more travel in the button after release to reset the button in order to be able to take another photo (in single exposure mode). As a result, I’m missing some important shots, but I suspect I’ll get the feel for it before long. I may test a couple of others to see if it’s unique to my camera or if it’s consistent across the board. If it’s just my camera, I’ll be sending it in pronto.

Very solidly built, the camera is noticeably heavier than the previous 1D, but I don’t mind the weight. Even with the 70-200, I’ve put in a couple of hours without any trouble. I don’t use a strap on my camera bodies, and switch over to my left hand when not actively shooting.

Sensor cleaning appears to happen when the camera is turned on, and when it’s turned off (after it’s taken at least one photo).

The decision to buy the 1Dx over the 5D3 was a difficult one, especially having to wait so long, but my preference for reasonably-sized RAW files, the larger sensor pixels on the full-frame sensor (compared to the 5D3), better weather-sealing, and better battery-life all helped tilt the scales for me to favor the 1Dx. And so far, I’m happy with that decision.

Similar Products I Own:

That’s about it for now, but if you have any specific questions, ask away! Also, I may add to this if I think of more to share.

Just a quick edit to let you know that I’ve added a few high-ISO, SOOC (straight out of camera) images in a gallery that you can view each of the images at 100%. Pretty amazing results at up to 6400 ISO.

If you’re a Radiopopper user, there is an obscure setting that you need to turn on in-camera (comes off by default, I believe). In previous camera bodies, an attached Speedlite could be turned into a master, firing any slave Speedlites on the same channel/group. Attempts to do that with the 1Dx prove futile until you find the setting to turn it on. Go to the “Shoot3” menu (the third page of the red-colored settings at the back of the camera), then “External Speedlite Control” and then “Flash Function Settings.” Select the symbol shown selected below… 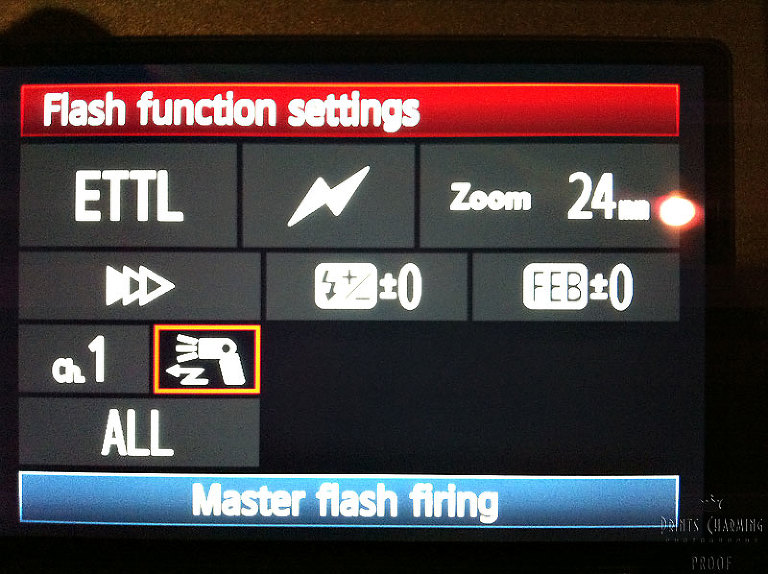 … then enable it. Simple as that. 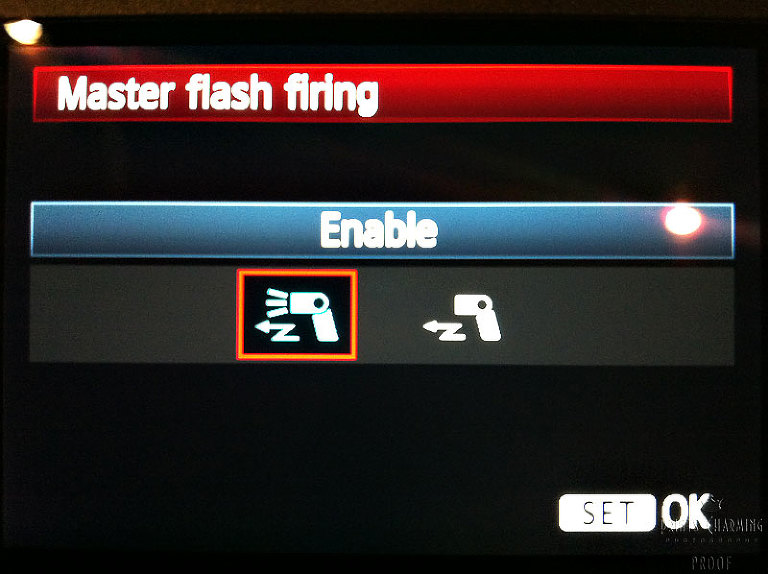 The really confusing thing, is that without this enabled, the slave flash will still fire, just not at the precise time needed to actually help light the subject. Maddening? Yes. The “Enable master flash firing” option can be set on the master Speedlite menu as well, but it won’t work unless you do it in camera.

If you don’t want the master to contribute to the exposure, you have to point it behind you, otherwise it will light the subject.

Another issue I’ve found with the RadioPoppers just on the 1Dx is that you can no longer set the strobes to different channels for lighting ratios that you can set from the camera or master Speedlite. Well, that’s not entirely true… You can set them to be on different channels, but the slaves will not fire. Again, a RadioPopper issue, since it works fine if you just use the optical receiver on the slave Speedlites.

I’m curious if these Radiopoppers issues are problems with the new 5D MarkIII as well. Anyone out there able to answer that for me? I’m guessing these issues affect the 1Dx only, considering the new 5D has been out for a few months now and I haven’t heard about it yet.

One undocumented feature I found is that when navigating the extensive menues of the 1Dx, you can press the “Q” button to quickly skip to the next set of colors in the menu. With up to 7 pages in each colored menu bank, it’s handy to be able to skip through to the next color quickly.

After writing my review, Ken Rockwell wrote a very comprehensive, helpful review on his website if you’re like me and can’t possibly ever get enough info. =)