Back from an International Photography Conference (WPPI)

Posted in Our Life

I’m back from 10 days on the left coast… Well, not quite all the way to the coast, I was in Las Vegas and California’s central valley (Visalia). I’ve skipped it for a few years in a row, now, and was overdue going to the big conference and rubbing shoulders with some of the best of the best in the industry from all over the world.

It’s always an amazing (if not somewhat overwhelming) time, seeing the creative work of thousands of other professionals and once again I left challenged and inspired.

One of the funny things that you start seeing when you’ve been to enough of these conferences, is the “rock star” big-name photographers who wash out and aren’t even in the photo business anymore. I guess it’s human nature, but so many “big name” photographers seem to posture and exaggerate their success in order to seem like a bigger deal than they really are. My good friend Davy and I have both been full-time photographers for many years now and just don’t get why anyone would put on airs and pretend they’re doing better than they are. Let’s all just be honest and transparent about it.

I drove this year, like I usually do. First, because I like to drive and have a ride wherever I go. And secondly, because it’s a great way to write off income since mileage is a pre-tax business deduction and my car gets about 40mpg. The drive out was brutal. Remember the snow storm from a couple of weekends ago? Yep, I drove through that, all the way to Arizona before it stopped snow-storming. Still, a rough day of driving is more fun to me than being stuck on an airplane or a cruise ship, without any control over anything. =)

I didn’t take a lot of photos this year, and didn’t stay out late to party at all. Just visited with interesting folks (shout out to our album-maker Madera!) who crossed my path and then enjoyed some nice local lodging with some regular old Las Vegas locals, thanks to AirBnB. (What a cool idea Airbnb is! I didn’t have to walk through the casino and none of my luggage smelled like cigarette smoke even after being in Vegas for almost a week!)

Ready for some iPhone photos?

Here’s a screen-grab from my car-cam on the way out. Crazy weather the entire way until I was just an hour or two from Vegas! 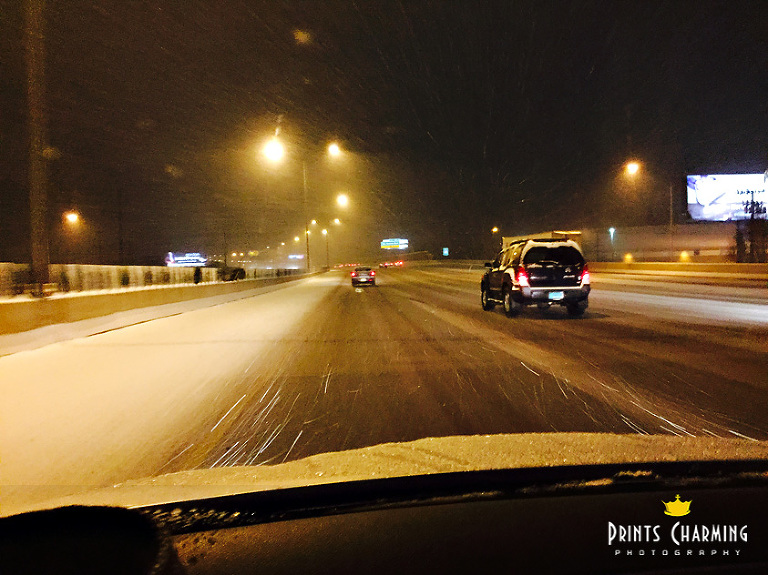 How the roads looked in Arizona headed up to Vegas. No snow, finally! 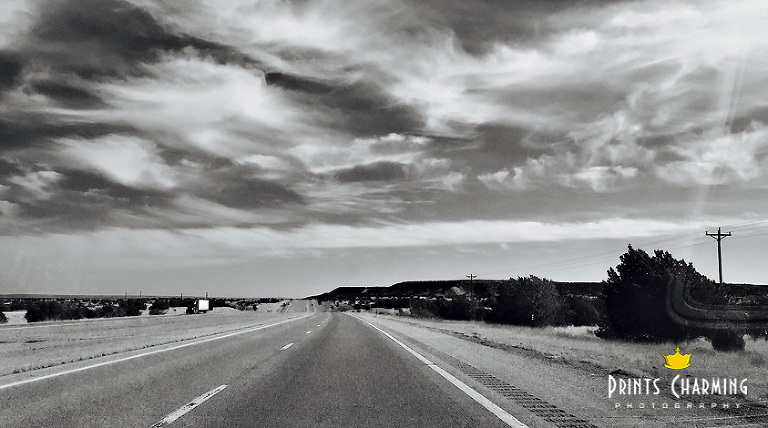 I’m always flabbergasted at the enormity of the casino hotels. Seriously, eight floors of penthouse suites at the MGM Signature Towers and it didn’t even seem like a tall building against the Vegas skyline. 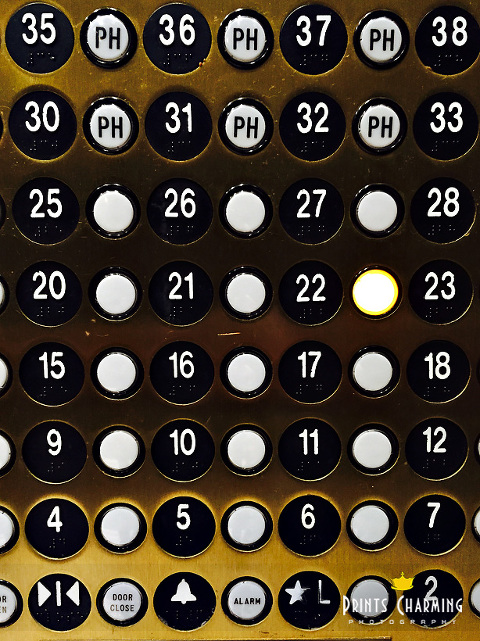 Here’s a photo of the print judging with David Williams. That man is a genius in his own right. Such a pleasure sitting there for hours, listening to him talk about prints, photographic theory, the masters, etc. The prints are projected on a screen to the left, outside of this frame, and the judges view the photo under a special light in front of them. Seriously, if you ever go to a photo conference and David Williams in judging, please do yourself a favor and sit under his spell for an hour or two. Plus, he hands out candy randomly. Great guy. 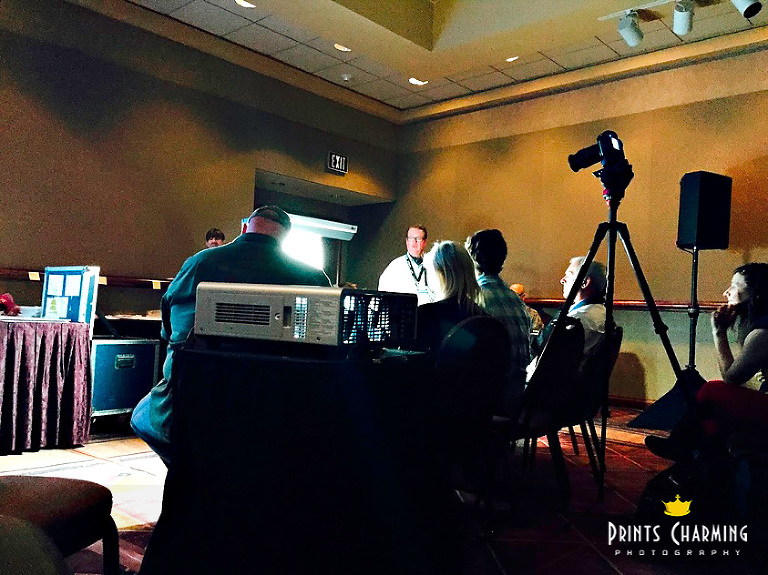 Here’s what a typical class looks like at WPPI. I may be halfway back in the room here. Pretty packed with lots of photographers taking notes and a few irritating photogs actually taking photos of every slide as they pop up. It’s pretty impossible for a pro photographer to ignore another photog lifting a camera to take a photo, so this is really distracting to everyone sitting behind them. 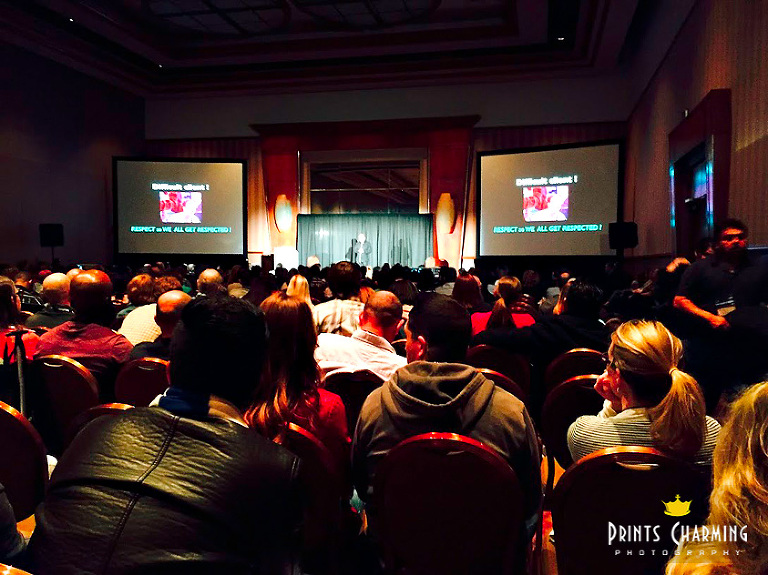 Here’s a photo of Mike Colon (sorry, Mike, couldn’t get that emphasis apostrophe over your 2nd “o”) talking about his recent move from Canon/Nikon to Sony. Interesting move, but not for me (yet). Sony has some amazing sensors, but seems weak in battery life, and focusing adjustments on the fly. Seriously, though, I would take a Sony sensor in my Canon 5D Mark III bodies any day of the week. Like today, if I could. They had a darkened booth and looking through a Sony A6000, it was as if I had night vision goggles on. Crazy!

The old, trusty VW, parked in my brother’s new home in California. They had a new baby, and bought a new house all in the last couple of months, so lots going on over there. Being as close as I was, I couldn’t resist the jaunt over to the valley to visit them. 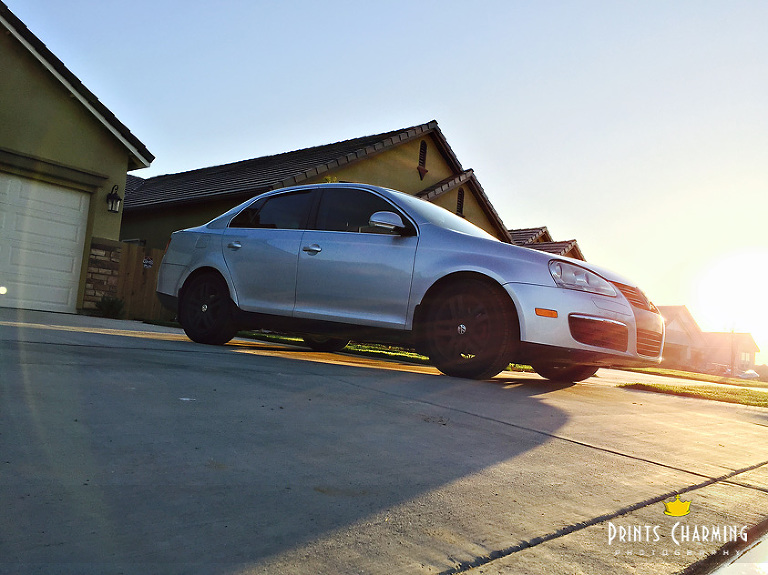 And then, after all the fun and visiting, the long trip home… Took me more than 24 hours because I fell asleep in the car at a little road-side Indian casino somewhere in New Mexico. The same place I got a tank-full of bad diesel fuel on the way out. Learned my lesson this time, and just used their parking lot and restroom on the way back. =) 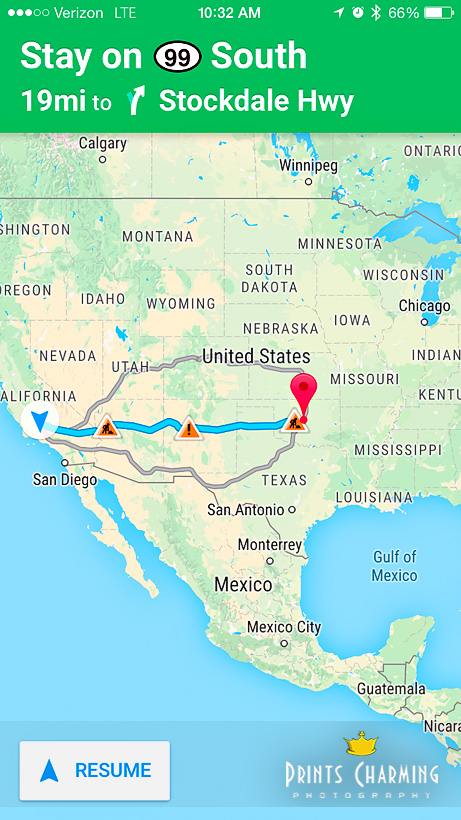 Seventy-degrees and sunny on the trip back! Loved these mountains off in the distance somewhere in New Mexico. It’s amazing how far one can see when the land is so flat. I felt like I was seeing 50 miles ahead between mountains out there. 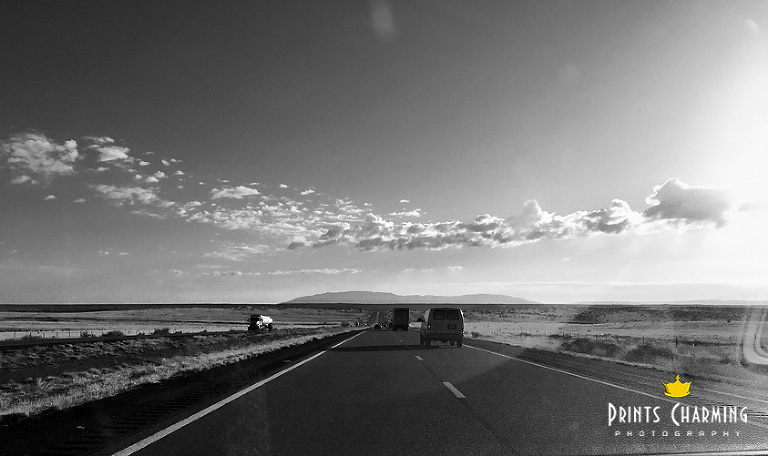 Seriously, though, I’m super excited to be back, and I’ve hit the ground running to be better than ever in 2015. Going to be expanding our commercial/business photography this year and plan to share more of that in the days ahead, maybe more on our Twitter account than here on our blog.

Thanks for re-living some highlights of the WPPI 2015 road trip with us!